Are You Pro Private Toll Roads in The UK?

Are You Pro Private Toll Roads in The UK?

Road Tax and Toll Roads in the UK 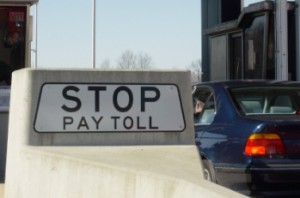 Recently there has been talk of more toll roads in the UK to make it fairer for those who drive less miles compared to those who do long journeys. Norman Baker the Transport Minister for the Liberal Democrats has said he thinks tax should be charged by the mile and more toll booths should be on the roads. However when the idea was looked into previously by the government it was dropped when 1.8 million motorists signed a petition campaigning against it.

However given the rising cost of driving, the topic has now come back in the lime light and Baker believes more people will be in favour of the idea this time round. Some believe though that this could lead to difficulties for those who make a living by travelling a lot on the road. Industry groups are concerned that if the Government do choose this as a way of road taxation then costs will just keep rising in years to come. One AA spokesman did not sound convinced saying “We have always been concerned that a Government which initially reduced fuel duty to soften the blow might raise it a couple of years later,” and that “it is an issue of how much trust one has in Government.” Hmm!

It’s not just about the road tax though – the CBI have reported that the UK economy  loses up to £8  billion a year from road congestion. John Cridland the General Director of CBI said “Every day, people up and down the UK lose time and money because of our clogged-up roads. Gridlock is an all-too-familiar tale of life in the UK, and one that is already costing us £8 billion a year.”

However will we really be gaining if we change to road tolls by possibly spending less time in traffic, or will we be losing by putting another financial strain on professionals who frequently use the roads and of course, company car drivers?

In Saving money on running a fleet on 11th October 2012