Fleet Management – What will 2012 bring in terms of running your fleet?

Fleet Management – What will 2012 bring in terms of running your fleet?

What changes will there be for Fleet Managers in 2012? 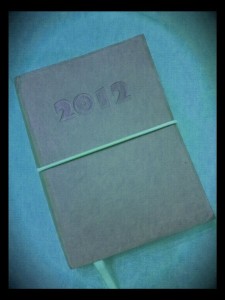 Happy New Year! As companies settle back into work, and fleet managers tackle emails and documentation for the year ahead, what changes do you think are in store for 2012?

Thanks to the Government’s Road Transport Red Tape Challenge  there are 142 road transport regulations which will be scrapped or improved.  Fleets will benefit as Government slashes motoring red tape.

Will you be taking advantage of telematic car insurance? Or will the change on gender pricing affect the insurance of your company car fleet?

However, the biggest change will be the end of the gender discrimination exemption enjoyed by Europe’s insurance industry, after the European Court of Justice last year ruled that from December 2012 insurers can no longer use gender as a rating tool.

New figures have been released showing that rather than saving money, moving to a 4-2-2 system and scrapping annual testing will add costs.

If changes are being made to fleets in 2012, will Fleet Managers be more or less likely to change their cars to greener models?  The 2011 Motor Shows were full of innovative green concept cars; it will be interesting to see what components will make it onto the forecourts.

No doubt the debate on fuel price rises will continue, and fleet managers will continue looking for the best ways to save money on their fleet. 2012 looks like being an interesting year!

Running a Fleet : Thank you to all our readers of the RunYourFleet blog!

In About runyourcars.com on 9th January 2012