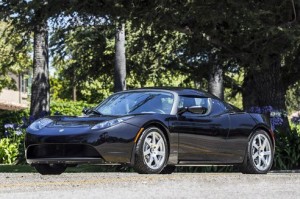 George Clooney is auctioning off his 2008 Telsa Roadster on the 19th of August to raise money for the Satellite Sentinel Project, a charity that supports the crisis in Sudan. Although it’s not just about the money, it is also a great way to raise awareness about the NGO and spread the word of Mr Clooney’s charity of choice! The car has only done 1,700  miles and is a very rare limited edition black metallic sports car. It has been reported by the Daily Mail that the auction is is expected to raise anywhere between $100,000 and $125,000 – not too shabby!

“We are overjoyed to present George Clooney’s Signature 100 Tesla at Pebble Beach because this is an incredible opportunity to purchase a modern collector car with all the right elements: one-owner, celebrity provenance, historical significance, limited-edition rarity and philanthropic ties,” – David Gooding, Founder of Gooding & Co, the company which will be auctioning the vehicle. 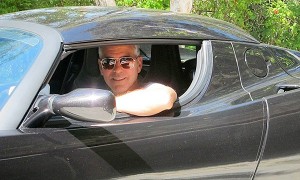 About the Telsa Roadster

The Telsa Roadster is a battery electric sports car made by Telsa Motors in California who specialise in electric cars. The vehicle was officially revealed to the public on July 19th 2006  at a 350-person invitation-only event held in Santa Monica, California. It is the first BEV too travel more than 200 miles per charge. The standard model goes from 0 to 60 mph in 3.9 seconds and the sports model 3.7 seconds.

Do you fancy getting your hands on this unique vehicle?

Images courtesy of : treehugger.com and cars.uk.msn.com

Revenge of the Electric Car - Turnaround in the car industry

In Uncategorised on 7th August 2012

In Uncategorised on 7th August 2012