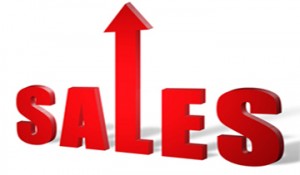 NEW car sales this year are on track to be the best since 2008 following an 11.3% rise in registrations last month, according to the Society of Motor Manufacturers and Traders.

UK new car registrations totalled 149,191 units in November, largely on the back of increased private demand. It means that with just December’s sales to be counted, the UK new car market has grown 5.4% to 1,921,052 units this year.

Britain is now the second largest new car market in Europe after Germany, following growth in the UK over the last 10 months and a drop in demand in the other big markets.

Paul Everitt, SMMT chief executive, said: ‘The upward trend has been driven by private retail customers. The outlook for 2013 remains challenging, but vehicle manufacturers and their dealers will continue to work hard to attract motorists to their showrooms and deliver outstanding value.’

The SMMT’s full year forecast of 2.013 million units, as fixed in October, looks set to be bettered. At that time the 2013 market was expected to show little net change, at 2.015 million units. However, in the light of last month’s sales and the continuing month-on-month rise in registrations the SMMT says it will review its 2013 forecast in January, after publication of 2012 full year data.

The UK new car market has grown in every month since March and the 11.3% rise in November ensured the second successive month of double digit growth.

However, despite the rise in sales putting the UK on track to post the best annual volume since 2008’s 2.13 million units, volumes remain some 15% or more below the pre-recession annual markets of 2.4 million units and above.

Among motor manufacturers Ford sold the most cars last month (21,152) and continues to lead the market in 2012 with registrations totalling 266,261.

"Britain Facing Pothole Crisis" - How Bad Are Our Roads?