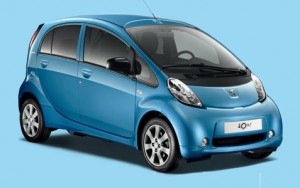 Companies such as Boots, Network Rail and Morrisons have been issued with a strategic plan to help them integrate electric vehicles into their fleets which could cut their fuel costs by up to 75%.

The news article on Business Green goes on to say;

It cites the example of office gardening firm Urban Planters, which delivers goods throughout London’s congestion charge zone and whose needs could be easily met by an all-electric van.

In addition, the report calculates Boots has around 1,100 owned and leased small vans and could significantly reduce carbon emissions by using electric vans for its pharmacy delivery service.

The story goes on to compare the suitability of electric vehicles for both short trip and longer journeys.

However, where longer journeys are needed, the report argues that plug-in hybrids offer the better alternative, as they deliver fuel cost savings while not facing the range restrictions placed on electric vehicles.

Plug-in hybrids may also be more cost-effective than all-electric cars where journeys are infrequent because they can be used for a variety of roles, which allows companies to reduce the number of vehicles in their fleet.

The Government has also addressed the issue of funding.

…transport minister Norman Baker announced £280,000 of funding to help a further 100 companies assess how low-carbon vehicles could fit into their fleets.

“With increasing numbers of models coming to market, and the low running costs they offer, they will be ever-more attractive to companies,” Baker said.

“It is also encouraging that infrastructure operators and suppliers are increasing the number and accessibility of charge points.”

What do you think is the biggest issue preventing Fleet Managers and Managers with responsibilities for Fleet Vehicles making the change?