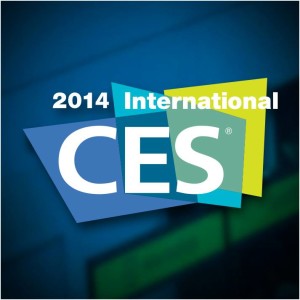 CES in Las Vegas is always a fantastic show for seeing the future of Consumer Electronics. We’ve seen the news stories on talking washing machines, and Michael Bay’s stage fright but there have also been big automotive stories too. Here’s how the CES automotive stories have been covered in the non-motoring press.

From the BBC News Technology site.

“BMW has shown off self-driving cars that can “drift” around bends and slalom between cones. The modified 2-Series Coupe and 6-Series Gran Coupe are able to hurtle round a racetrack and control a power slide without any driver intervention. Using 360-degree radar, ultrasonic sensors and cameras, the cars sense and adapt to their surroundings.”

“Autonomous vehicles are not yet allowed on European roads and we are still a long way from seeing driverless cars frequenting our streets and motorways.But as the number of successful demonstrations grows, the cultural hurdles are probably greater than the technological ones.”

From The Daily Express Science and Technology section.

“The German car giant’s concept A7 Autonomous drove onto the stage at the CES show and stopped just before the steps leading to hundreds of spectators. The vehicle scans the road ahead using lasers and a radar along with cameras on the windshield which check the blind spots. The auto pilot technology is intended to give drivers a break on long journeys. The car can stay in a lane when travelling less than 40mph and can keep a set gap to the car ahead of it. If cars cut in front of it the A7 is able to brake and Audi said the technology is close to featuring in production models.”

Bosch – CES sees app that can park a car

From The Evening Standard.

“An automatic parking assist system was unveiled by German electronics company Bosch at the International Consumer Electronics Show (CES) in Las Vegas. It allows a driver to get out of the car then guide it into the parking space by swiping a virtual image on their smartphone. Sensors in the car scan the parking space as the driver passes by, then, with the driver inside the car or outside, either reverses into a parking bay or parallel parks on the side of a road.”

What did you see exhibited at CES that excited you about the future of motoring? What features can you see in the future of Fleet Management?

Self-driving cars - are they the future of fleet management?