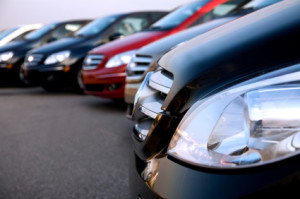 It’s hard to believe that we’re almost half way through 2015. It’s been a busy few months for the car industry. Driverless cars seem closer than ever and it looks like electric cars might finally hit the mainstream over the next year or two. So we thought this was the perfect moment to do one of our regular fleet news roundups and look ahead to what’s coming up in the second half of 2015.

Well not quite… The DVLA has announced that the paper counterpart will no longer be necessary from the 8th of June. The information that was previously stored on the paper counterpart will instead be accessed through an online database run by the DVLA. This will theoretically make life easier for fleet managers since they will be able to verify information online, rather than relying on a tatty piece of paper that is often lost. The DVLA website already has access to the service but reliability has been somewhat poor so far. Only time will tell whether the roll out will go smoothly.

Scotland significantly reduced its drink drive limit late last year and it looks like the government could be planning to make the same change in England.  In May The Police Federation called for the drink drive limit in England to be cut from 80mg per 100ml of blood to 50mg. This means that a pint of beer or a glass of wine could put some drivers over the limit. Portable breathalysers have become more popular north of the border in response to the new law and it looks like they could become similarly popular in England if the law is changed.

What cars are coming?

We recently looked at some of the most exciting cars that will be hitting the road over the next 2 years but you won’t have to wait to wait that long to drive some of our favourites. The New Vauxhall Viva is expected to be popular with fleet managers and provide some much needed competition for the Seat Ibiza.

Further up the scale, the new Audi A4 is due to hit the road later in Q3. Details on the new car will become available in the next few weeks and we’ll feature them on the blog when they are.

Keep an eye on the blog for our next fleet news roundup which will appear in early July. In the meantime make sure that you follow us on Twitter to keep up to date with the latest fleet news.

The new BMW X1 - Will it make it into your fleet?