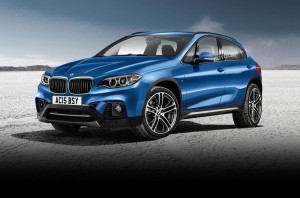 Will the BMW X1 be in your fleet?

BMW have released details of their upcoming new and improved X1 and it sure does look impressive. This latest BMW X1 takes on a more rugged appearance than the model it replaces. There are many notable feature changes including its bolder front end and face-lifted headlights, LED daytime running lights, rounded fog lights, a contoured bonnet, more prominent front wheel arches and increased ground clearance. With the new motor set to go on sale in the UK this autumn, we take a look at the impact it could have on your fleet management choices.

Although the safety options for this vehicle may be eclipsed by larger BMW vehicles like the X4 or the X5, the 2015 BMW X1 is absolutely respectable in terms of its safety standards. The Insurance Institute for Highway Safety (IIHS) awarded the X1  ‘good’ test results for frontal, side, and rear impact, as well as awarding a ‘good’ score for roof strength.

Contrary to the original X1’s engine line-up, the new BMW X1 gets one petrol option from launch  – a 189bhp xDrive20i. This will be available alongside three diesels, ranging from a 148bhp sDrive18d to the 228bhp xDrive25d. A few months later, a three-cylinder 16d will also be available – only in front-wheel drive models. BMW have also tweaked the xDrive four-wheel-drive system, which now turns only the front tyres most of the time, but can send up to 100 per cent of the torque to the rear when it senses slip. Also available is an optional Variable Sports Steering system – which reduces the effort at low speeds and adds weight when you up the pace. The most economical model at launch is the front-wheel drive sDrive18d. It returns a claimed 68.9mpg and boasts average CO2 emissions of 114g/km. Not bad for a car of this size… would it have a place in your fleet?

Should I have it in my fleet?

The BMW X1 is fairly impressive when it comes to the nitty gritty of what makes a good fleet car . A fleet manager looking for budget savings may reap the benefits of the X1’s fuel efficiency, and it’s hard to argue against the environmental impact considering the type of car that this is. There is plenty going for the BMW X1, both mechanically and aesthetically.

If you’re looking for a luxury fleet model that can also make a positive impact on your fleet, this may be a good option for you. Keep an eye out for the 2015 Frankfurt motor show, where the vehicle is expected to make it’s public debut.