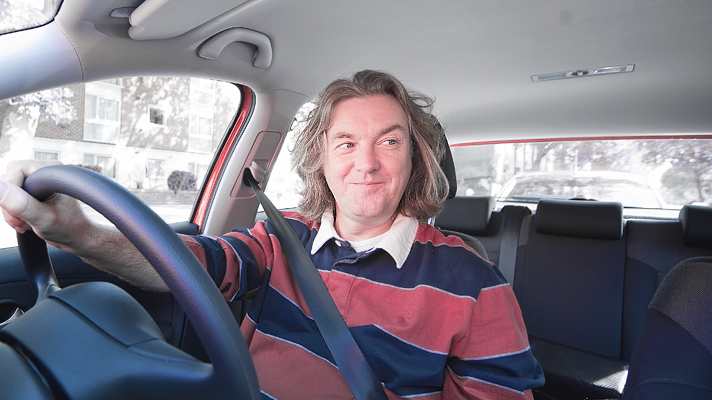 Driving the BMW i3

James is still waiting for his BMW i3, but he has been writing for Top Gear about his excitement waiting for the delivery of his new car.

” I’m  sad enough to sleep with the i3 order form next to  my bed, and looking at it last night, I noticed that  I’d held back on posh trim and phat alloys, and spent all my money on things like satnav, jam assist, driving assistant plus, internet capability, online entertainment, smartphone compatibility, DAB, and so on and so on. I can play computer Battleships in a traffic jam and watch YouTube clips from Battle of Britain in the privacy of my own car.

That’s why it seems to be, suddenly, a thing of wonder. It’s not really a car at all. It’s a giant iPad. Being a car is just one of its apps.”

That’s a different way of looking at it, but not surprising. Ford have talked in the past about considering themself a software company.

What Car? Director of Testing

John McIlroy, the What Car? Director of testing, has been driving the BMW i3 range extender as a long term test. In this What Car? update, he talks about the proliferation of electric charging cards.

“Thing is, this is already becoming horrendously complex. With dozens of providers popping up all over the place, grabbing government grants wherever possible to install infrastructure, what’s really needed is a simple payment or subscription method that just gets you access to the whole lot.

It’s not so much the clutter of multiple cards underneath the BMW’s fascia that worries me; it’s the fact that I could check three sites for charging points before embarking on a journey, then drive past or come across a few more pods that simply hadn’t appeared on the schemes I used.

Confusion, it seems to me, is the last thing that the EV market needs right now.”

This could be a big issue in the future for fleet managers and drivers. What do you think on this issue?

BMW i3 and fleets

Have you caught the excitement around the BMW i3? Is it a car that you would think about for your business fleet?

If you are thinking about the BMW i3 for your business fleet, we are able to offer it with very competitive leasing rates. Contact our team now for more information.

A Fleet Tracking System - The Advantages