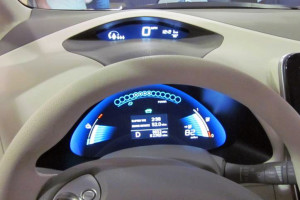 An update from Craig Pullen, Head of Operations at Run Your Fleet

I left the office in Henley in Arden in the Nissan LEAF, one of our electric fleet cars with a full charge, en route to Bewdley to collect my fellow brave adventurer Sheree Jenkins. As I was passing Hopwood Park Services, which is installed with an Ecotricity charging point, I took the opportunity to recharge. After the initial surprise of finding someone else using “MY” charging point (this is becoming more common, and will, I predict, create a phenomenon that I’m coining a phrase for – “charge rage”), the usual procession of EV-curious bystanders began to ask the usual series of questions, which I’m thinking about printing and handing out;

How long does it take to charge?

How long does it, you know, go for?

The range is approximately 100 miles.

How much does it cost to charge?

These are currently provided free of charge, courtesy of ecotricity.

Prior to leaving for Wales, I had researched the availability of other charging points for electric fleet cars, as I knew that I wouldn’t pass any more MOTO services or IKEA stores along the way (these sites are where the Ecotricity electric highway points are situated). I was aware of the Plugged In Midlands and Ecotricity sites, but I hadn’t encountered the Polar network before. This network, operated by Chargemaster offers app-enabled public charging points, on a pay on use basis, one of which is situated in the Shropshire town of Church Stretton. These particular points are suitable for top ups only, and are currently free of charge. Chargemaster has recently launched a subscription model, allowing rapid charges at a rate of £7.50 per half hour, which does detrimentally alter the financial benefits of EV ownership. After an hour in the town’s charity shops and antiques market, we were ready to proceed across the border, in to the land of my fathers.

We had planned a trip to Powis Castle, seat of the Earls of Powis, en-route to the village of Berriew, seat of my Welsh relatives. Upon arrival, we noticed two charging points, nestling amongst the splendour of the castle’s medieval car park. They are operated by Zero Carbon World, an organisation that, amongst other things, donates charging points to various organisations across the UK. Whilst we marvelled at the magnificence and splendour of the castle’s interior and walled garden, the LEAF was receiving its 3rd charge in 24 hours.

Onwards to Berriew’s Talbot Hotel, where, after a hard day at the wheel, it was time to rest the LEAF, and refuel ourselves with salmon, steak and Prosecco. The car was not in any immediate need of charge, so it was left in the car park, unconnected, whilst we explored the bright light of the village.

So, we were able to get to Wales in one of our electric fleet cars with the minimum of drama.

How did we fare on the return journey? Find out more next time!