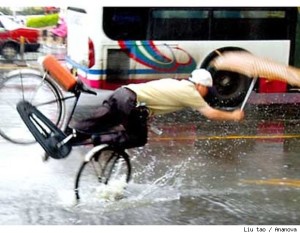 It’s not just us motorists who suffer!

Potholes – the bane of every fleet manager?

Here’s a no brainer; hitting a pothole can damage your vehicle. Big time. An analysis of RAC breakdowns has shown that potholes are more of a problem to British drivers than ever. If your vehicle hits a deep enough pothole in the road, anything from steering system misalignment to a full-on tyre puncture or bent tyre rims is likely to follow.

For fleet managers, having to repair broken suspension springs, damaged tyres, wheels and exhaust system damage is time consuming, costsly and results in vehicle downtime for their fleets. Reports show that fleet managers claim to have paid out over £215 million on vehicle repairs over the last year, as a result of poorly maintained roads. Halfords Auto Centres report that 1.5 million vehicles have suffered on account of potholes, seeing significant damage to steering alignments, suspension systems, wheel rims and shock absorbers.

Over the past 12 months the figures show that a driver  has an encounter with a pothole every 30 seconds– leaving fleet managers facing an average bill of £147 to get their cars back on the road.

Fleet managers across Britain may feel they are fighting a losing battle against local authorities in terms of seeing  these potholes repaired. The ALARM (Annual Local Authority Road Maintenance) Survey for 2015 claims that local authorities have dished out £23 million in compensation claims against road maintenance-related damage. However, this is still significantly lower than what it would cost for local authorities in the UK to repair every pothole in the country – a staggering £10.5 billion!

With English local authorities “bemoaning a £829 million shortfall in their annual budgets” and claiming that it will cost more than £10.5 billion to fix all the country’s potholes – is there any hope for fleet managers in terms of eradicating this cost to their fleet budgets?

Halfords Auto Centres business development director Andrew Huntly explained: “Even hitting a small pothole can easily damage wheels, tyres and affect steering alignment. With the cost of modern alloy wheels and high performance tyres, such seemingly minor damage can quickly lead to a bill of around £500. However, serious steering and suspension problems are becoming an increasingly common occurrence.”

Is there hope on the horizon?

Cold asphalt solution is one solution we hear talked about – it’s said to be so good, you can just throw it into potholes filled with water, compact it and drive away. Job done.

Until such time as there are no more potholes on UK roads, if you do hit a big pothole – take your vehicle to your local garage and get it checked immediately. If you leave it, you may pay the price at a later date once more problems have occurred.

With vehicle repair costs rising due to poorly maintained roads, you’ll have to pinpoint areas in your fleet where you can minimise the amount of money you are spending. Could you be spending double what you should be on your fleet service? Find out in under 2 minutes…  to see how much money you could, and should be saving with a fleet management software solution.