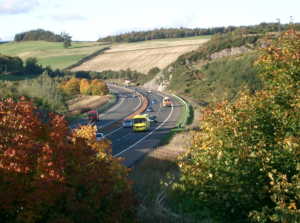 It’s been a while since our last fleet car reviews roundup and plenty of exciting new models have hit the road over the last few months. Whether you’re looking for a compact and efficient city car; a workhorse that will remain reliable as you pile on the motorway miles or an executive car that will impress everybody that takes a ride in it the recent range you’re sure to find something in the latest and greatest vehicles from some of the world’s major motor manufacturers.

Whilst the Kia Seoul may not have been the most exciting new car of 2014 it is certainly one of the most practical and, for its category, it’s not bad looking either. Autocar is a particular fan of the Soul, praising its powerful engines and good handling. Even Top Gear magazine, not usually a fan of vehicles from the Korean manufacturer gives the vehicle 6/10. The team was impressed by the car’s technological gadgets but slightly disappointed by the price, which they describe as “higher than you would expect”.

Turning to the newspapers The Guardian is less keen on the Soul, opting for the inevitable “this car has no soul” line that the car was doomed to receive at some point from the moment it was named. The Telegraph is also less keen, describing it as “a car drawn by a three year old”

The Nissan Pulsar is an interesting move from the Japanese manufacturer, marking the company’s first attempt to crack the family supermini market since the Almera, a car which was mourned by nobody when it was removed from the market back in 2006. Thankfully the Pulsar seems to be a somewhat better attempt at this category of car, scoring good reviews from the majority of publications.

The Telegraph awarded the car 7/10 and noted that it was very well equipped and a great car to be a passenger in. The Telegraph’s biggest complaint was that driving the Pulsar wasn’t much fun, a complaint that has been made against multiple Nissan vehicles in recent years.

Autocar is also a fan of the Nissan Pulsar, lavishing praise upon the car’s practicality and extremely efficient running costs. It’s complaints were similar to the Telegraph’s. In the magazine’s view the car is simply dull to drive.

The final car in our first fleet car review roundup was a darling of almost every motoring journalist in 2014. Audi has revised its famous TT coupe and the results are pretty spectacular. What Car was one of many publications singing the German car’s praises, highlighting what it describes as the car’s “fabulous interior design and brilliant handling”. The only drawback What Car could find was the impracticality of the car’s rear seats, which is a problem that impacts the vast majority of coupe cars.

The Guardian was also pretty impressed by the new TT, highlighting the ‘virtual cockpit’ as one of the car’s most unusual features. Their only complaint was that the car hasn’t changed much since it first hit the road in 1998, although they do admit that part of the reason for this is that Audi got so much right in the first place.

Top Gear is slightly less enthusiastic, describing the new car as “mostly good news” but also decrying the lack of any major design changes to the TT.

Which of the cars highlighted in our fleet car reviews roundup is your favourite. Have you had the chance to drive any of them yourself? Let us know in the comments and we’ll be sure to let you know in our next roundup.

What to look for in Fleet Management Software

In Fleet management on 29th January 2015