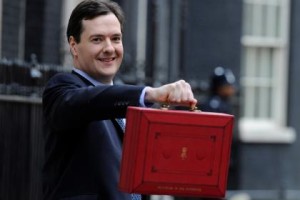 What do fleet managers need to know?

We’ve taken a look at yesterday’s budget  – here’s what might interest you if you work within fleet management:

One unexpected change in the budget was Osborne’s announcement that cars will only need to undergo an MOT test when they are 4 years old rather than 3 years as at present. Vehicle Excise Duty will also be reformed to pay for a number of new road building schemes in the north of England. What do the changes mean for you as a fleet manager?

“Every single penny” raised by vehicle excise duty will go into a new road fund to pay exclusively for highways maintenance by the end of the decade.

Osbourne says “We will create a new roads fund from the end of this decade and every single penny raised in vehicle excise duty will go into that fund to pay for roads. The tax paid on people’s cars will be used on the roads they drive on. It’s a fairer tax system for motorists.” Does that mean we can look forward to the end of potholes?

Wave goodbye to the tax disc

As of October 1st 2014 the colourful paper circles were no longer being issued and the requirement for motorists to display them in their cars ended. In the tax disc’s place comes a new system for paying your road tax, or Vehicle Excise Duty to use its proper name. This overhaul of the road tax arrangements ends the tax disc’s 93-year reign and promises to make paying your car tax easier  while rendering the whole system cheaper to run.

What do the road tax changes mean for you?

The new car tax system isn’t being phased in gradually, UK motorists now no longer need to display a road tax disc on their car windscreen. Even if you have time left to run on your car tax, the little disc can be removed and binned or framed for posterity, whatever you feel is appropriate.

Are more untaxed cars driving around?

Auto Express figures reveal enforcement cases for untaxed cars have risen by a staggering 50 per cent in the six months since the tax disc was scrapped. Figures obtained by the Guardian also revealed  the DVLA is now clamping around 8,000 motorists a month, compared to 5,000 per month prior to the tax disc change. In total around 100,000 vehicles are expected to be clamped in 2015 compared with 60,000 the the year before.

What do the changes in the budget 2015 mean to you? You can read the full details on the #Budget2015 here. Let us know your thoughts in the comments or over on Twitter.