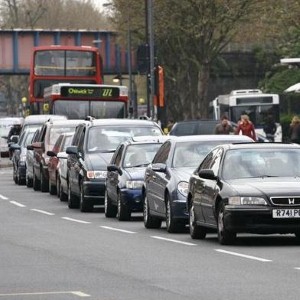 Company Car Drivers: Have you noticed less traffic on the roads? Courtesy of trl.co.uk

Traffic! One word we love to hate, especially as company car drivers. But have you noticed less traffic on Britain’s Roads?

Last year in the UK we wasted a whopping 32 to hours stuck in traffic. However it is actually 2.4 hours less than we spent in traffic than in 2010.

The UK is the 4th worst country in Europe for traffic jams but recent reports by The international provider of traffic information and intelligent driver services also known as the INRIX have told us that the length of delays is actually falling.

Although the thought of less traffic makes us jump for joy, what does this really mean? Unfortunately it is an indication of of rising unemployment and fuel prices combined with declines in consumer spending.

‘So goes traffic, so goes the economy. Traffic congestion is an excellent economic indicator telling us whether people are going to work, businesses are shipping products and consumers are spending money,’ – Stuart Marks, senior vice president of INRIX Europe.

However out of the 13 European nations analysed by the INRIX we are pleased to say we are not the worst off. The most impacted countries with the greatest decline in traffic are Portugal (-44%), Ireland (-25%), Spain (-15%) and Italy (-18%).

How is the traffic congestion in your area of the country? Improving or getting worse?

Fleet Managers - Do You have a Technology Policy for your Fleet? Who wipes the company car memory??