CALL US | 03445 733111
Multifleet > Blog > General > Company car drivers: Will the Olmypic parking prices put you off driving into London?

Company car drivers: Will the Olmypic parking prices put you off driving into London?

Company car drivers: Will the Olmypic parking prices put you off driving into London? 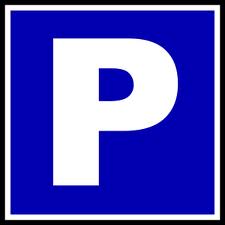 Are the new Olympic car parking prices too high?

Commuters and company car drivers have recently been outraged by the soaring prices at car parks in central London. Although they are only meant to be a temporary fixture for this years London Olympics it is another expense we could do without. NCP, Britain’s biggest car park operator is the main culprit and has been accused of Olympic ‘profiteering’ with their new sky high prices. The AA have said the new car parking fees were a ‘rip-off’ that  ‘smacked of profiteering’, had no transport justification, and  ‘deserve an Olympic gold for sheer gall.’

However NCP have tried to defend themselves by saying the price rises are necessary to cover all of their extra expenses on things like extra equipment, staff and engineering teams and that their intentions are clearly to ensure the quality of their service is maintained during a time of high demand.
So what is the actual damage? Let’s take a look at what the fuss is all about;

“In London’s busy Soho entertainment district, motorists at NCP’s Brewer Street complained that a day’s parking had soared by £13 from £47 to £60 – an increase of 28 per cent.

Company director Thomas Tope who parks daily at the Soho site said: ’I was shocked. I park there every day. It was £47 a day, now suddenly it’s gone up to £60. I was outraged.

I was told the increased price would be in effect for duration of the Games.’

Mr Tope, 57, global sales  director of the Dreyfuss Group which includes Rotary watches, parks his Mercedes-E-class coupe in the car-park after his commute from Buckingham to his office in Regent Street said: ’I spoke to the lady at the car park and said there must be a mistake. She said the price had gone up because of the Olympics.

‘It’s outrageous. It is exorbitant. It’s not as if you can get any more cars in. The overheads will be roughly the same. They’re simply hiking the price to boost profits during the Olympics”

‘Sometimes I do take the train. But I need the car in town because I often have to drive somewhere on business to see a client.’” – Taken from the Daily Mail

Driving during the Olympics - What will London 2012 mean for Company Fleets?