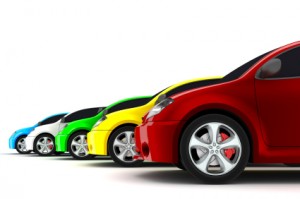 Have you been keeping up to date with all the latest Fleet Management, Company Car and Company Vehicle news? Here’s a quick rundown of the news stories that have caught our eye over the last few days.

Audi launches first ever saloon version of the Audi A3

David Wilkins of Business Car Manager writes about the new Audi A3.

AUDI has opened up the UK order books for the new Audi A3 Saloon.

It’s the third body choice for the third-generation A3, which first appeared as a three-door hatchback last year.

A five-door hatch built on an extended wheelbase, the Sportback, followed shortly afterwards, and now, with the arrival of the Saloon, Audi is claiming to offer a wider choice than any other manufacturer in the premium compact sector.

Tax changes proposed by the Government to close a ‘disguised employment’ loophole by the creation of some Limited Liability Partnerships (LLPs) are set to impact ‘perks’ including company cars and fuel.

HM Treasury was unable to tell Fleet News how many people and company cars may be impacted, but Alastair Kendrick, tax director at chartered accountants MacIntyre Hudson, estimates it could involve at least 250,000 vehicles.

Fleet World reports on the story of potholes and also Britain’s crumbling roads.

The UK’s crumbling carriageways are undermining economic recovery and costing small businesses £5bn a year. So say highways bosses, adding that large parts of Britain’s local road network could become unusable should there be more flooding or another severe winter this year.

According to the Local Government Association (LGA), which represents more than 370 councils across England and Wales, the backlog of repairs needed on UK roads is growing longer, now estimated at £10.5bn, with one-in-five roads classed as being in “poor condition”.

What fleet news caught your eye, or made you think about the long-term effects on the industry?

Working in partnership with ADESA

Driving in Europe this May bank holiday?