The best car adverts over the years – Honda "Cog"

The best car adverts over the years – Honda "Cog" 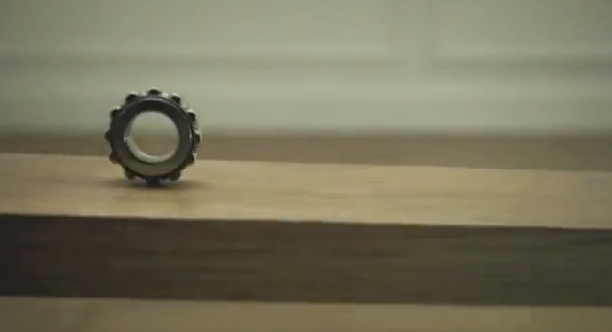 If you picked the best advert of the last 20 years, or an award winning car advert, the Honda “Cog” ad would have to be in everyone’s top 5.

Believe it or not, this ad is now 10 years old. (We’ll pause here for a moment so that we can all get the “NO WAY!” exclamations out of the way)

History of the Honda “Cog” advert

The ad was developed by the Wieden+Kennedy agency and the advert itself had a budget of £1,000, 000. The two minute ad was shown on ITV during the 2003 Brazilian Grand Prix (for extra bonus points – who won the race? Actually, scratch that question. We just looked it all up to refresh our memories and it all came flooding back – the winner of the 2003 Brazilian Grand Prix was a bit of a controversial subject.) The advert took up the entire time allotted to the commercial break.

The ad looks like one seamless take, but there are two sixty-second shots edited together (when the muffler is rolling on the floor.)

All in there were 606 takes needed for the two shots, and six cars were stripped down for the parts needed.

The ad has been called one of the most groundbreaking ads of the 2000s, and caused a huge surge in visits to the Honda website – more visits in one day than the other UK automotive brands (bar one) received in a full month.

The ad was downloaded by over a million people, and spread past the national television markets that the advert was shown in to international markets where the ad didn’t even air.

Cog received more advertising awards than any other ad – it was the most awarded commercial in 2004.

Sales impact of Cog for Honda

Sales of Honda in the UK jumped by 28%, and the success of Cog is credited with increasing Honda’s revenue by £400 million. A fantastic result for a truly revolutionary advert.

Are Hondas a part of your company car fleet? Did your recognition of the brand increase after the Cog ad?