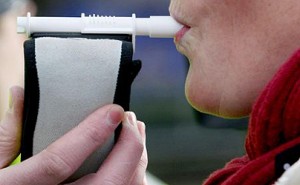 The government has launched this year’s drink driving campaign, called “The Snowball Effect”

Losing their jobs through drink driving

Millions of people risk losing their job or face difficulty getting work if they drink and drive this Christmas, the government’s latest THINK! drink drive campaign has revealed

The campaign highlights the snowball effect a drink drive conviction can have on future job prospects.

Up to one million people work in jobs they could lose as a result of a drink-drive conviction, while a survey has shown that almost a third (27%) of people would have to give up their job because they rely on a car to get to work.

People who drive as part of their job are particularly vulnerable but someone with a conviction could also be denied access to millions more jobs which are eligible for criminal records checks. These jobs include professional driving jobs, teachers, care workers and jobs in banks and finance.

“For many people Christmas is about spending time with friends and family and celebrating, but if drivers have a tipple they should not get behind the wheel.

Just one drink can put you over the limit and the consequences are devastating – not only will you be cuffed and put in a cell, but if you’re convicted you will lose your licence and, as this research shows, you could even lose your job.”

“Drink drive convictions have dramatic and traumatic snowball effects. One third of people will lose their jobs and experience years of hiked insurance premiums. A snowball might melt away quickly whilst the effects of a driving ban last way beyond any winter thaw.

And with the boom in ecommerce and the exponential rise in the dot.com delivery market a conviction rules candidates out from a new and growing industry.

Everyday I see the devastating impact of a conviction on a candidate’s ability to get or retain a job and the limits this puts on future opportunities.”

Meanwhile a recent survey by Drink Driver Education has shown that 28% of people with convictions worry about applying for jobs in case they conduct a criminal records check.

A third of respondents said not being able to drive limited their choice of job while 47% said their social lives had been affected because they were unable to visit family or friends.

I help hundreds of drink drivers every year, and they all say the impact of their conviction is much more severe and far-reaching than they imagined.

Everyone I meet has been given at least a 12-month driving ban. For many this meant instant dismissal from their jobs, for some it meant resigning because they couldn’t get to work. Many haven’t applied for future roles they want because of the conviction and have got stuck in careers they hate.

The advantages of using a Fleet Management Service.