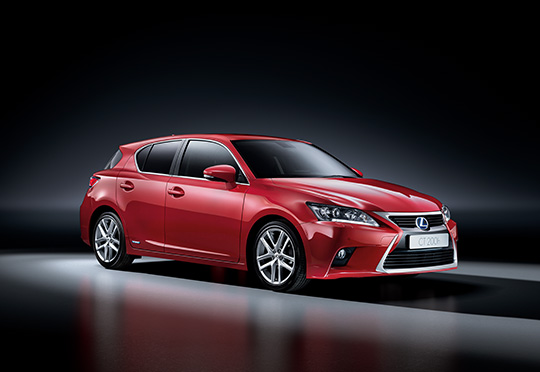 It’s billed as “Luxury for less”, but what do the reviewers think of the 2014 Lexus 200h, and is it a contender for business car drivers and fleet managers?

The Telegraph had a few issues with the Lexus, and they weren’t fans of the space in the rear of the car.

“The exterior presents a luxurious and spacious style, but this is not a particularly large car. There’s room in the front seats, but the rear is cramped and adult legs are jammed against the back of the front seats. At 375 litres, the boot is restricted by the battery, though with the seats folded the space extends to 965 litres.”

The Autocar review covered the question that most Fleet Managers want the answer to – should they buy it?

“The new version, given that it’s cheaper, much quieter and a good bit more comfortable, clearly has something more going for it. As a premium fleet option, it would be foolish not to at least consider it.  “

The What Car review also tackled whether the Lexus was a suitable company car.

“The CT200h’s impressively low CO2 emissions make it one of the cheapest company car options in the class. As a 40% taxpayer, you’ll pay just £70 a month (or £77 from April onwards when new tax bands are introduced). That is considerably less than it’d cost you to run an Audi A3 Sportback 1.6 TDI or a BMW 116d ED.  “

What was Auto Express’s verdict?

“It’s easy to dismiss the Lexus CT 200h as dull, but for customers with no interest in driving fast, it’s ideal. Quality, refinement and ride are all improved, while the styling is fresher all round. Sub-100g/km emissions ensure it costs pennies to run for business users and Lexus has sweetened the private-buy deal, too – slashing up to £1,500 from the old model’s price.”

The reviews are a very mixed bag. Have you test driven the Lexus?  We offer the Lexus CT200h on business lease, if you’d like to know more let us know!

In General, General Car Stories, Personalised cars on 8th May 2014