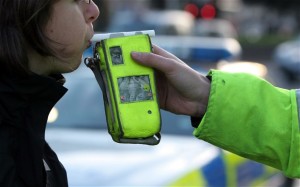 The dangers of drink driving

It has come to that time of year. The most wonderful time of the year, according to the song that rings around every pub and bar in the land. But for some, the effects of drink driving can leave cars up lampposts, drivers in intensive care, and families wishing that the most wonderful time of the year, would simply disappear. We’re talking about the dangers of drink driving.

The Government has recently launched The Snowball Effect campaign as it looks to tackle the issues of road safety during the Christmas period. In 2011 there were 6,730 accidents in the UK due to drink driving, with the most common offenders being young men aged between 17 and 29.

The Snowball Effect aims to make drinkers aware of their limits, before their lives could spiral out of control. In the UK, the alcohol limit for drivers is 80 milligrams of alcohol per 100 millilitres of blood, but sticking to it doesn’t necessarily mean you’re fit to drive.

The truth is, there is no fool-proof way of drinking and staying under the limit. Factors including weight, gender, rate of metabolism and age all come into play, whilst drinking just five bottles of lager will take at least 11 hours to wear off.

And this will be a main concern over the festive month. According to police figures from 2011, more people failed breath tests between 6am and 11am than during the hour before or after midnight, with over half of drivers admitting to be unaware of the dangers the morning after brings.

It’s that morning run-out to the supermarket for a hangover cure, which could prove costly. Not only putting other drivers and pedestrians in danger, you could put your career, your wallet and also your lifestyle at risk.

Driving under the influence of alcohol can carry serious implications. A £5,000 fine is the least of your worries for offences that could carry six months’ imprisonment and a ban.

Whilst people’s livelihoods can also be destroyed. In the UK, up to one million people would face losing their jobs as a result of one pint too many, and could leave to them being frozen out of their career. Any employer is eligible to see criminal convictions, and will more than likely be put off by them during the recruitment process.

For the many who already have convictions, the worry of applying for jobs with a criminal conviction is common place, meanwhile around half of banned drivers see their social lives severely affected, unable to visit family or friends on a regular basis.

Fast forward one-year from now and that one more that won’t hurt could leave you out of work, out of pocket and out of a social circle. Taxi anyone?

This guest post was written for Run Your Fleet by Chris at Drink Driving Limit. If you’d like to guest blog for us, please let us know on Twitter @RunYourFleet

A will to see drink-driving limit to increase