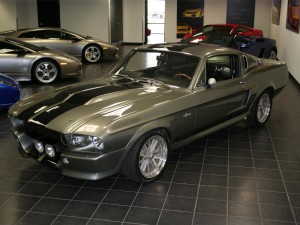 New appointments at Run Your Fleet

We’re delighted to welcome Rob Corbett and Johnathon Mathers to our team here at Run Your Fleet. Rob is joining us as Operations Manager, and he had his turn In The Driver’s Seat last week. This week we welcome Johnathon Mathers to In The Driver’s Seat. In his role as Sales Executive he’ll be offering new services to help you if you run an SME Fleet – and everyone looking to save money on running company cars and vans. Johnathon says,

“It’s my duty and intention to increase the number of vehicles supplied from Run Your Fleet regardless if it’s daily rental or contract hire cars and LCVs.”

What’s your potted history? How did you get into the auto industry & why?

I came over to the UK in February 2000. I’m originally from Cape Town, South Africa where I was studying business law.  I was working as a painter and decorator when I got a call from Listers Recruitment.

At that stage I didn’t even know who Listers were, never mind that they were in the motor trade. I was never that big on my cars until then, I was mainly a surf bum, adrenalin seeker. (Pamplona bull running, bridge swinging, that sought of thing, then I got married)

Besides my brief encounter with the decorating trade, I have always been in some form of sales, whether it was business contract sales for Orange (Now EE) or selling the idea to clear off debt when I was a debt collector. Once I joined Listers, I fell in love with the motor trade buzz and the characters it creates.

Tell us all about your first car.

My first (and current!) car is a Blue Audi A3 1.8 petrol turbo. Really old when I bought it considering it was only 2 years ago (1995 reg). It had 70 000 on the clock with 2 previous owners and I only paid £1000 for it.   Great car and hasn’t caused me any issue except for a 35 in a 30 zone speeding ticket. I still drive this car and love the handling/power of it but am looking to get a bigger vehicle before the end of the year.  I just became a dad and the 3 door is a nuisance!

Dream car time – what would you drive?

Fancy a Ford Mustang in your SME Fleet?

The new Euro Mustang is a dream car of mine. I’ve always been an American muscle car fan since watching gone in 60 seconds – loved The Shelby!

1st car chase in The Transporter (with the Audi) or the all-time classic Italian job.

Thanks to Johnathon for such great answers! Next week we have the first volunteer in the spot and they’ll be answering the questions ! If you’d like to be “In The Drivers Seat” then leave us a message in the comments or contact us on Twitter (@RunYourFleet) and we’ll ask you the same questions as we asked Johnathon. We’d love you to join in!