Cracking Down On Drink Driving 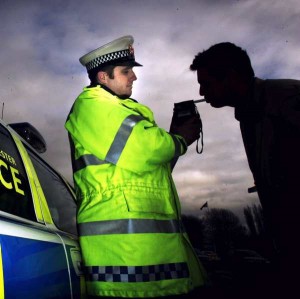 A package of tough measures to crack down on drink drivers has been unveiled by Road Safety Minister Stephen Hammond.

Included in the proposals are plans to remove the statutory right to a replacement blood or urine test where a breath test reading is above and close to the legal limit, closing the loophole which allows those testing positive in breath to sober up while they wait for a blood or urine sample to be taken.

The government also intends to legislate to allow police the option not to perform a preliminary breath test where roadside evidential breath tests are carried out.  This follows the roll-out of roadside evidential breath testing devices and gives registered health care professionals greater roles in testing drink drivers – both of which options would speed up the enforcement process and deal with more drink drivers.

We have made great progress in tackling drink drivers and the 2011 fatality figure for drink and drive accidents is the second lowest ever recorded.

However, last year 280 people died ruining the lives of families up and down the country so more needs to be done to eradicate this menace. That is why we are taking forward a package of measures to streamline enforcement against drink driving.

I am determined to make the jobs of those who deal with drink drivers easier and less bureaucratic so that bringing offenders to justice is not left to chance.

This option dates back to the original introduction of breathalyser technology when there were concerns over reliability.

Results from the evidential test taken at police stations are the only ones used as evidence. Under the new plans, following the introduction of mobile evidential testing devices the police could perform the eventual test at the roadside so the preliminary test would not be required.

The government also want to see a wider range of registered healthcare professionals given the power to take evidential blood samples in hospitals and to assess whether a driver may have a condition due to a drug. This will enable tests to be carried out more swiftly, easing the pressure on doctors who are currently the only professionals with the authority to carry out the tests.

Other proposals within the plans include:

This consultation encompasses the legislative changes the government proposed in its response of March 2011 to the reports by Sir Peter North and the Transport Select Committee on drink and drug driving.

The consultation period runs until 2 January 2013.

What do you know about your tyres? New tyre labelling system is launched!

"Britain Facing Pothole Crisis" - How Bad Are Our Roads?