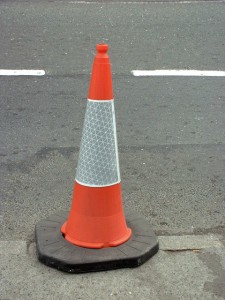 Another winter, another year of bad roads, another story about potholes and road maintenance.

However, this isn’t a sign of recycling old stories – it’s a sign of an issue that doesn’t seem to be going away. A recent press release from the Local Government Association has said.

Thousands of miles of Britain’s roads could be strewn with potholes within months without reform of how Government funds maintenance, highways bosses are warning.

Decades of underfunding, recent severe winters and widespread flooding earlier this year, compounded by the current Government cutting half-a-billion pounds from roads maintenance budgets, means many councils are struggling to move beyond simply patching up a deteriorating network.

Should councils, which are already bearing the brunt of public sector cuts, be stripped of even more funding in next month’s Autumn Statement, many will find it nearly impossible to keep on top of road repairs. The issue would become critical should we undergo another harsh winter similar to 2010/11 which caused £600 million of road damage.

Cllr Peter Box, Chair of the LGA’s Economy and Transport Board, said:

“Keeping roads safe is one of the most important jobs councils do and over the past two years they have fixed almost four million potholes, one every 16 seconds. They’ve also reduced the cost of filling a pothole by 25 per cent and are constantly looking for ways to make their dwindling funds go further.

“It’s estimated that it would now cost about £10 billion to bring our roads up to scratch. Notions that the widespread resurfacing, which is desperately needed, can be paid for by efficiency savings and smarter use of money are pure fantasy. Unless something fundamentally changes, many councils will struggle to keep on top of repairs. Should they have their funding cut further or face another severe winter the impact on our already crumbling roads could be catastrophic.

“Re-directing funding into road maintenance would offer an instant boost to growth, improve road safety and save billions of pounds down the line from the current false economy of reactive repairs which many councils are trapped in. Thousands of jobs in the construction and supply sector would be created immediately and there would be many mid-term economic benefits by reducing the cost to business caused by the current state of many roads.”

This year’s ALARM (Annual Local Authority Road Maintenance) survey estimated it would cost £9.8 billion to pay for the road maintenance backlog across England and Wales. It found the annual shortfall in road structural budgets was £788 million which equates to each highways authority being £5.3 million short of the money needed to maintain the condition of their roads. It also found councils paid out £21.3 million in compensation claims.

What steps can be taken to protect Britain’s roads? Have your fleet cars suffered damage caused by potholes or bad road surfaces? With winter driving around the corner, it pays to be prepared.