The Skoda Superb – A good choice for company car fleets?

The Skoda Superb – A good choice for company car fleets? 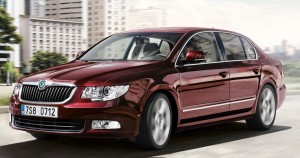 Choosing a car for a company fleet

When choosing a car for a company fleet, what factors do you take into account? A round-up of reviews for the Skoda Superb seems to indicate that this is a car that will tick most boxes for Fleet Managers looking to add a car to their company car approved list.

What Car? compares the Superb to the Octavia and the Ford Mondeo

However, given that Skoda believes fleet buyers will account for 60% of all sales, the Superb’s combination of big space and low running costs isn’t so convincing.

At launch there will be six engines to choose from, ranging from an efficient new GreenLine III 1.6 TDI, with CO2 emissions of only 109g/km (down from 119g/km), to the potent 3.6-litre V6 petrol with four-wheel drive and a 155mph top speed.

We got behind the wheel of the mid-range 2.0 TDI 4×4, which delivers 138bhp and 320Nm of torque, but now comes with stop-start and energy recovering brakes as standard. Economy now matches or betters rivals such as the Volkswagen Passat and Ford Mondeo.

Have you taken the Skoda Superb for a test drive, or evaluated it for your fleet drivers? What do you think?

How do Fleet Managers and Decision Makers create a Fleet Strategy?

Reviews of the Mazda CX 5 – an SUV for the fleet market?