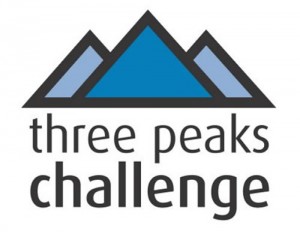 Great to hear that on the 16 June 2012 Dean Robinson, Gavin Bailey and Stuart ‘The Driver’ from the Porsche Centre Wilmslow raised over £2000 for BEN, the automotive industry charity by taking part in the UK Three Peaks Challenge.

The Three Peaks Challenge is no small feat! It involves taking on the highest mountains in Scotland, England and Wales – and you’ve got to do it all within 24hours!

The challenge includes climbing 3,400m of mountains and traveling more than 556 miles between each of the peaks. It starts in one of Scotland’s Glen Nevis Valley, with a climb up Ben Nevis, the largest mountain in the UK (1,344m). This is followed by Scafell Pike, the highest mountain in England (978m) and finally the challengers take on the Snowdon in Wales (1,085m).

The team from Porsche, known as ‘The Stratstone Porsche Pie-oneers’ didn’t have it easy… “It rained for two out of the three mountains and we had 80mph gusts of wind on Snowdon. We started on the 16th at 5.00pm and completed the three mountains at 4.55pm the next day after running down the last mile of Snowdon. Gavin however, finished a little earlier on all three peaks, being the fit youngster of the group at the age of 36. This is the hardest thing we have ever done but it was for such a good cause.”

What a brilliant effort in this Olympian year of 2012 – well done & congratulations!

Fleet Management Digest – News and Stories from the Automotive Industry

Porsche Design – Give it as a gift!