The best car adverts over the years – Audi "Evolution/Revolution"

The best car adverts over the years – Audi "Evolution/Revolution" 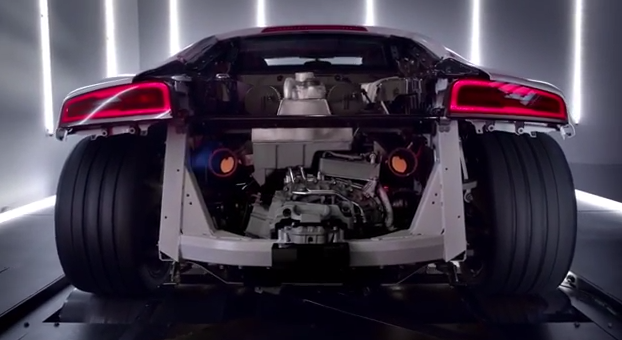 When it comes to Best Car Adverts, the Audi Evolution/Revolution advert for the R8 is one of those great car adverts that grabs your attention – even if you aren’t really paying attention to the television. As soon as that engine kicks in, whatever you are doing you can’t help but look at the screen. What a sound!

The Audi R8 will never be a fleet or company car (unless it’s in the Dubai supercar fleet) but the advert was definitely designed for car fans in mind. Print and poster ads for the car had a code printed on them. When car fans held their phones up to these adverts the advert played – a new augmented reality campaign launched by Audi.

The advert didn’t just attract those who loved the sound of a well-tuned engine firing up. Audi wanted to show what happened inside the engine too, as this behind the scenes video of the Audi R8 advert explains

evo magazine said about the advert,

“Plug in some headphones and turn up the volume – considering there’s no tyre-smoking track action or cool arcs of oversteer, this is a strangely intoxicating little video. Not least for the bursts of blue flame from the exhaust system you need to watch out for near the end…”

PistonHeads appreciated the advert too,

” It’s a simple premise – car fires up, charges through a sequence of redline upshifts making a spectacular noise in the process and then backs off, licks of blue flame pulsing from the exhausts. It makes the point about how improved the car is with the new dual-clutch auto, it raises the hair on the back of your neck with the noise and harks back to an era when Audi was less about LED-enhanced lane thuggery and really did live up to the Vorsprung Durch Technik ideal. There’s no suggestion of speed, just appreciation of the technology that might enable it. A welcome return to core Audi values, a clever subversion of ridiculous advertising rules that threaten the very existence of the fast car as a halo model and proof that, done right, car ads can still inspire..”

Are you a fan of this ad? Does the engine noise stop you in your tracks like it does us??