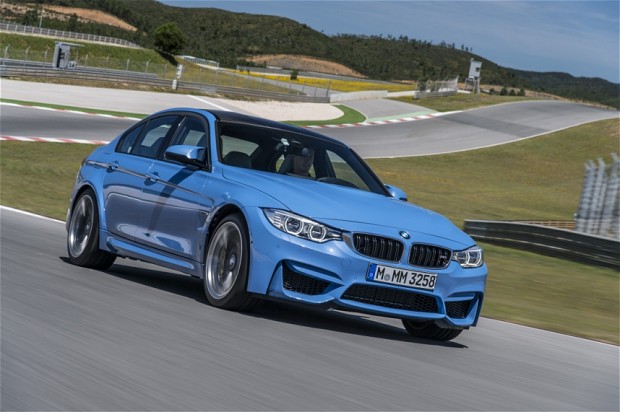 It’s billed with, “Warning. Goosebumps ahead”, but what are the BMW M3 reviews, and is it a contender for business car drivers and fleet managers?

The Telegraph realised that they were fans of the car very quickly.

“The engine gurgles like a tuba in a bubble bath, but picks up the pace with a crescendo of torque rather than the ill-tempered snap of the V8. This is a classier way to go fast; more linear, more understandable. I’d also seriously consider the expenditure on the twin-clutch gearbox, which is super fast, smooth and easier to shunt through traffic.”

The What Car? review was also complimentary about the BMW M3, but with reservations,

“If you’re after four-door practicality, with supercar-hassling pace, then yes. The M3 hits a fine balance between being almost effortless to live with, and yet utterly absorbing to drive with intent.

It’s a shame there’s not a little more pizzazz to the handling at normal road speeds, but it’s hardly dull at any moment, and there’s no doubting that few rivals will be faster than the M3 or its M4 Coupe sibling – which the saloon feels virtually identical to.”

Autocar magazine compares the M3 to the  M4 coupé.

“In practice there is precious little separating this BMW M3 and the M4 coupé. In terms of straight-line speed, sheer agility and overall spread of dynamic ability they’re virtually identical – and a look over the technical specifications of BMW’s latest M-cars reveals why.

The M3 gets the same driveline components, engine mounting architecture and chassis as the M4 coupé. The two boast the same 2812mm wheelbase, 1579mm front track and 1603mm rear track, resulting in exactly the same footprint.”

What do you think of the BMW M3 reviews? Have you test driven the BMW M3?  We offer the BMW M3 on business lease, if you’d like to know more let us know!

Driver Safety Policy for Company Vehicle Drivers - is yours up to date?