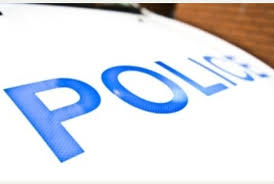 Improving road safety for all

The government is bringing in changes to increase road safety and discourage banned drivers from flouting bans and driving. The changes were brought in after the government listened to concerns raised by families of victims killed and injured as a result of accidents caused by banned drivers. The changes are expected in the first part of 2015.

The sentence for a disqualified driver who causes death will increase from the present sentence of two years to one of ten years. A new driving offence of causing serious injury while disqualified will carry a sentencing term of four years. These changes are a part of a forthcoming review of driving offences.

All driving offences and penalties are being reviewed and checked, including those caused by uninsured and unlicensed drivers.  Around 8,200 people were convicted for driving whilst disqualified in 2012.

All figures from The Ministry of Justice.

“The current maximum sentences for driving offences which cause serious injury and death are set out by the Road Traffic Act 1988. They include:

Current business fleets using telematics can identify aspects of driving which could lead to dangerous or careless driving if left unchecked. Fleet Management services can check whether a driver’s licence is current, or whether there are any restrictions on a licence, giving companies help with their risk management for company fleets.

For more information on Road Safety for Fleet Managers and Employers you can visit the Brake website. Brake is a road safety charity campaigning for road safety and victim support.

Driver Safety Policy for Company Vehicle Drivers - is yours up to date?