The month has not gone well for BMW. The firm was forced to recall 1.6 million 3-Series cars due to an airbag fault which could cause airbags to activate at random on the passenger side.

The luxury car maker said the recall is a “voluntary precautionary measure” that is aimed at minimizing the risk of faulty airbag activation. BMW said the recall affects cars for the model years 2000 to 2006.

An airbag component made by one of BMWs suppliers, Tokyo-based Takata Corp., could explode under certain circumstances, the Wall Street Journal reports. The airbag defect has caused the recall of 10 million vehicles by seven affected automakers since 2009. 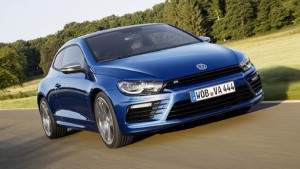 Volkswagen has given its legendary Scirocco a facelift. The car, due to hit the road before the end of the year, has been reviewed by most of the major motoring magazines and the verdicts are positive, if not overenthusiastic.

There are zero surprises from the Scirocco R update: it’s fast and capable, if lacking in real thrills behind the wheel. All beautifully built as ever, but then you knew that. All apart from the digital clock in the new dash-top dials that is, its red numbers jarring with a look that’s more Seventies bedside clock than premium motoring.

Given the Scirocco nameplate is now in its fortieth year, that’s looking increasingly apt, but we can’t help but wish the R celebrated its mid-life crisis in slightly more spectacular fashion. 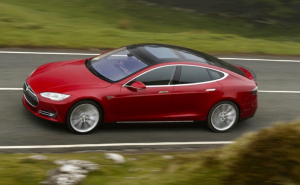 Tesla’s Model-S is the firm’s attempt to break into the executive car market currently dominated by  Audi, BMW and Mercedes-Benz. The risk comes from the app which allows users to control many of the car’s functions from their mobile phones.

No details of the hack have been disclosed, but the functions which claim to have been attacked closely match those which are made available through the Tesla smartphone app. Drivers can download an app which connects to their car via Bluetooth and allows the doors to be locked and unlocked, the headlights to be flashed, the horn honked and the sunroof opened.

The app also allows the air conditioning to be controlled, offers GPS tracking and allows the owner to monitor the progress of charging. This means that a user can park at a charging spot and run errands until it reaches 100 per cent charge.

In Uncategorised on 5th August 2014

Car Festivals in the UK - do you have a favourite?

Running Your Company Car Fleets : Are you putting all your eggs in one basket?